Demand for Dry bulkers and tankers in the new building and secondhand market increases after recent freight market leap.

0
Global Economy Outlook: another recession around the corner?
14 June 2019

The bulk carriers freight market has recently experienced an upward spike and this has been reflected in the increase in the new building and s&p activity for dry bulk carriers lately. For instance, according to a latest market Shipbroking report there is an upsurge in the interest in the Cape size Market, and so the latter might soon be followed by a series of new building orders being placed. Moreover and along the same line, following the overall upward trend in the tanker market there has been a number of new buildings reached at, mostly for the biggest sizes of the tanker sector. (All other ship sectors are fairly quiet, at present, regarding new building activity). Given the  general upward trend in the freight market though, the ensuing summer period is expected to witness more new building orders overall, as per the same report. The new building prices of late,for both the bulkers and the tankers, are displayed in the below graphs: 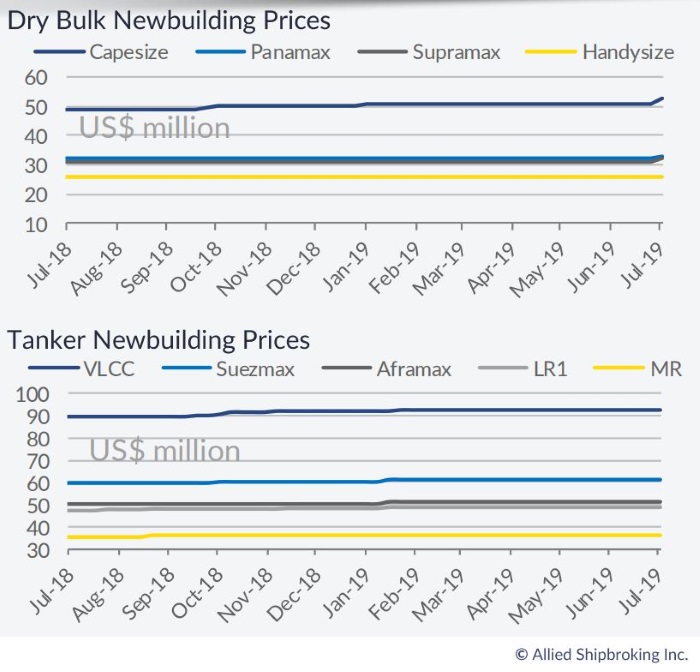 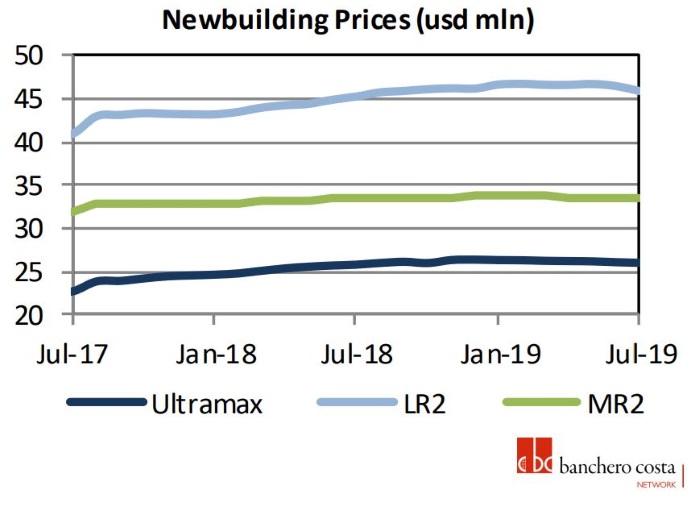 Furthermore, as per the latest ship market reports, the interest for S&P activity has greatly increased as a result of the bullish freight market sentiment of late; nevertheless, the actual s&p activity has witnessed a minor spike upwards for both the bulker and the tanker sectors. Note worthily, there have been a number of s&p transactions materializing for the handy size segment of the dry bulk market. Greek or Greece-based owners are among the buyers who have actually bought some of the secondhand handy size bulkers sold. Apart from handy sizes, a couple of supramaxes have been reportedly sold. Generally, the deals which have been achieved regard medium and smaller sizes. On the other hand, the Capesize segment of the dry bulkers is quiet. Hence, the overall activity of the dry bulk secondhand market is still not very high. As far as the tanker market is concerned, 2 VLLC’s have been reported as sold to Singapore-based buyers and also 2 product tankers have been reported as sold.

The secondhand values of certain tanker sizes, and their recent upward trend, are illustrated in the graph below. 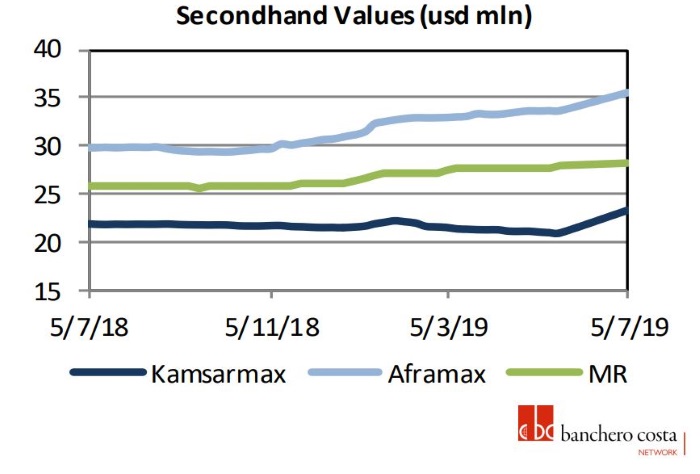 It is expected that many interesting new building and s&p deals, both in the bulker and tanker sector, will follow in the near term.